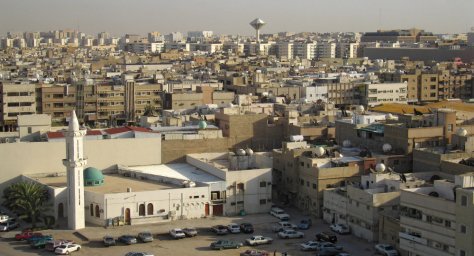 The world revolution against cabal rule and Babylonian style debt slavery continues to unfold, leaving Europe and the Middle East in turmoil. The Greeks made the boldest move last week when they kicked out the cabal slave government and elected a government promising to end debt slavery. The Russians were not far behind when they took of the gloves and began a full scale military campaign against the cabal mercenary army in Eastern Ukraine. Also, the cabal slave government in Yemen, located next to Saudi Arabia’s oil fields, was overthrown last week just as Saudi King Abdullah died.

These incidents are interrelated parts of a single campaign to liberate the planet from a satanic cabal that is still trying to start World War 3 in order to permanently enslave humanity.

Also last week, representatives of the group trying to replace the cabal controlled US dollar with the cabal controlled SDR contacted the White Dragon Society to try to justify their plans. The essence of their message was that in order to reduce distortions in the world economy caused by the US dollar, they needed to gradually replace it with the SDR. Basically, it was total gobbledygook disguised in highfalutin financial language.

They were told in clear language that a jubilee, a one-off redistribution of assets and a massive (multi-trillion dollar) campaign to end poverty and stop environmental destruction were non-negotiable demands. If they failed to do this, they were told, it was a mathematical certainty their current system would collapse in catastrophic failure; leading to a French revolution type bloodbath scenario.

The elite themselves, gathering at Davos, Switzerland last week, seemed to be admitting defeat, at least according to the titles of their panel discussions such as:

In case they haven’t figured it out yet, the answer to both their questions is “yes.”

Let us take a closer look at the Greek situation to understand the sort of policies carried out by the people now in charge of the Western financial world. The Greeks were put under IMF care in 2010. As an economic writer let me tell you I have seen over and over again over the years the same thing happen when countries fall under the grip of the IMF. They all told the same thing, “Wring all the money you can out of your people, take all your resources and hand them over to the international banking mafia.” That is what the outgoing Greek slave government did. The result was Greek GDP fell 25%, incomes fell 30% and debt rose from 126% of GDP in 2010 to 175% today. To top it off, a lot of their islands are no longer Greek.

The Greeks have finally had enough and elected a government that promises to renounce the debt. They still want to use the Euro though but, if they do that, they will have to keep taking orders from the Germans. They would be better off to notice the Russians have offered to send the gas they ship to Europe via Greece (giving the Greeks fat transshipment fees) and buy Greek produce. If the Greeks issue their own currency, it is true most of their elite will no longer be able to buy Mercedes Benz cars but, the ensuing inflow of tourists and outflow of Greek exports would make the average Greeks a lot richer.

It is only a matter of time before the Spanish and the Italians figure out the same thing. The Euro project will only work if the Mediterranean countries hand over full control to unelected bureaucrats in Brussels and their cabal overlords. The result of that would be fascism in Europe.

Now let us look at what the Russians are doing. Following last weeks’ cut off of gas to the perpetually non-paying Ukrainian Nazi government, they have finally taken off the kid gloves and gone on a full offensive against the foreign mercenary army in Eastern Ukraine. The Russians are fighting for their homeland, the mercenaries for money, it is a pretty easy guess as to who will win.

The Russia’s new allies the Turks, together with the Iranians, the Iraqis and the pentagon meanwhile are continuing their offensive against the Israeli, Saudi Satanist regimes. The death last week of King Abdullah, one of the nastiest leaders on this planet,

marked a major turning point. His senile brother Salman has taken over but that regime, the world’s leading terrorist financier, is doomed to collapse.

Here, by the way, you can see President Obama bowing and kissing Abdullah’s ring and George Bush Jr. apparently tongue kissing him.

Remember both the Saudis and the Bushes were deeply involved in the 911 treason against the United States while Obama still repeats their lies about that incident.

The fall in oil prices and the approaching armies are both precursors of doom for that Satanic regime.
The fall of the cabal/Saudi cabal puppet regime in Yemen last week also marked a turning point. Yemenis have long regarded their Saudi neighbours as unsophisticated and uncouth camel herders who just happened to have hit it lucky with oil. The tables are about to turn.

British and French intelligence are now reporting that the Israeli Netanyahu Zionazi or Nazionist regime is losing much of the Middle Eastern oil income it stole from Iraq due to military losses of the Israeli/Saudi ISIS proxy army. For that reason, according to a French agent, “The French defense minister was in Riyadh the 4th Jan 2015, and he confirmed that Libya will be invaded within 3 months with the purpose of securing oil for Israel.”

Remember that both France and Israel are run in secret by the Rothschild family. So, what is really going on is an effort to keep the Rothschilds from going bankrupt by stealing oil from the Middle East and stealing gas from the Ukraine. Message to the Rothschild family: you are mathematically doomed to bankruptcy and an international crime spree will not save you. Also, stay out of Libya.

Speaking about going bankrupt, some of the banking victims of the recent plunge in oil prices are beginning to appear. According to MI5 sources “Standard and Chartered is looking for a new boss as a result of poor commodity performance and oil, JP Morgan’s exposure to yield non-investment grade oil and gas debt is $99.9 billion, Wells Fargo is $98 bn and Bank of America is $58.7bn.” That is just the tip of the iceberg. The huge plunge in the Euro has also, for sure, mathematically doomed many banks.

You can be sure plans are being cooked at this very moment to seize ordinary people’s bank accounts in order to save bankers and banks.

The bottom line is that the European/American economic model based on debt slavery and using proxy armies to steal resources is no longer functioning. Fiddling with the system using such tricks as negative interest rates and money printing presses will not work.

What is needed is a Western version of the hybrid central planning/capitalist model the Japanese used to have (until the Americans forced them to dismantle it) and that the Chinese imitated with great success. The system needs to be rebooted.