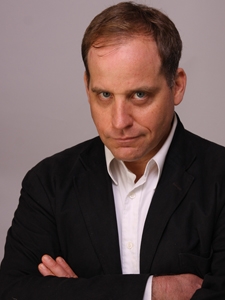 The battle for the planet earth is heading towards victory for the people as the Satan worshipping Khazarian mafia is being unmasked in ways that defy denial. We have the New York Times reporting that gates commemorating Baal (another name for Satan, image at link below)

are being constructed in New York and London.

Then we have a leaked e-mail from Hillary Clinton where she writes about “sacrificing a chicken to Moloch.”

Moloch, another namesake of Satan, was a god that children were burnt in sacrifice to in ancient Babylonia. An image can be seen at the link below:

Next we have a photograph of German Chancellor Angela Merkel taking a selfie with one of the terrorists behind the Belgium airport terror that took place on the March 22nd (322) day of Satanic sacrifice.

Mossad front company ICTS was in charge of security at the airport and the attack killed no Khazarians, Pentagon sources note. It is also worth noting the number 322 is on the emblem of the German founded Skull and Bones society at Yale University. Skull and Bones is dedicated to Satan worship according to recent revelations.
On top of this we have US presidential candidate Ted Cruz saying on TV that “Donald Trump may be a rat but I have no desire to copulate with him.” In other words he is saying he “copulates with rats.”

Following this we have Japanese Finance Minister Taro Aso saying that the “United States in the 1930’s, like Japan now, was suffering from deflation and it was World War 2 that brought the US out of that situation.” He then adds that “we are looking for the trigger.” Thus we can see the fraudulently elected Abe regime now exposing its true fascist face.

Are you starting to see a pattern here? Either these powerful leaders have gone collectively insane or a systematic campaign to expose them for what they really are is fully under way. My guess is that it is the latter and the NSA and other agency white hats are exposing these people in order to help overthrow them.

In fact, in a clear sign the white hats are on the move, US top general Joseph Dunford last week summoned Google Chief Eric Schmidt to the Pentagon, according to US military intelligence sources. At this meeting Dunford told Schmidt that

Silicon Valley was being put under Pentagon control. As if to underline this, Intel founder, Hungarian Jew and Silicon Valley elder statesman Andrew Grove died “of undisclosed causes,” at around the time this meeting was taking place. Grove was responsible for putting a back door in all Intel computer chips to allow full access to what is in everybody’s computers, sources at Oracle say. Pentagon control of Silicon Valley will almost certainly drastically cut off the flow of information to the Khazarian mafia.

This take over may be why the internet is suddenly filling up with revelations of top Khazarian power brokers’ Satanic connections.

In a related move, the FBI was forced to back off its attempt to gain a back door into i-phones “due to massive opposition against invasion of privacy via phone backdoors,” Pentagon sources say.

Pentagon control of Silicon Valley should also make it much harder to electronically rig the US presidential election. A recent string of losses by Hillary Clinton may be evidence the vote rigging is being stopped.

Also in the US presidential campaign, Donald Trump disappointed many people with what appeared to be a groveling speech to the Jewish AIPAC lobby. At this speech Trump, who always just speaks his mind, read a pre-vetted speech from a teleprompter, several US based sources note. The aim of Trump’s kowtowing to the Jewish lobby was to prevent his assassination and also to help the Jews free themselves from Khazarian mafia mind control, the sources say.

In any case, immediately after the speech Trump gave interviews saying the US should stop providing military protection for other countries free of charge. The biggest beneficiaries of this largess are NATO and Israel.

The Trump comments about NATO, which includes Turkey, were also aimed at underlining the fact the US military would not fight to protect Turkey from Russia. Without US support NATO, even with Turkey, would not stand a chance against Russia’s military.

Trump also mistakenly believes the Japanese are getting a free ride on defense when in fact they are paying the US military bills in Japan.

In another major development, Blackwater (Bush’s American SS army) founder Eric Prince has been forced to flee the US as the Department of Justice closes in on him for a large list of crimes including money laundering, murder, arms trafficking and more. Prince is now in Khazarian mafia stronghold Turkey. However, Turkish President Recep Erdogan is becoming paranoid and isolated and will not be able to either stay in power or shelter Prince much longer. Prince also tried to sell his services to the Chinese to protect their operations in Africa but the Chinese only pretended to show interest in order to find out about his operations, Chinese government sources say.

Speaking about China, Rockefeller bagman Henry Kissinger went there on March 19th but was only allowed to meet with #4 General Gen Fang Fenghui. Kissinger was almost certainly there to discuss gold and the situation in Indonesia. Kissinger may have also been trying to block the 8000 ton gold deal mentioned in this newsletter.
It is a good guess he returned without gold because Indonesian President Joko Widodo (Jokowi) has made a firm decision to stop supporting the Khazarian cabal, according to CIA sources in Asia. This Jokowi decision infuriated the Khazarians who immediately began paying professional agents provocateurs to stage riots in the capital Jakarta, the sources say.

There was also an incident last week where the Indonesian coast guard intercepted a Chinese “fishing vessel” in Indonesian waters. The “fishing vessel” was packed to the gills in electronic surveillance equipment and, as it was being towed by the Indonesians, a Chinese coast guard vessel rammed it and sank it, the sources say.
The Indonesians have decided they want to provide gold to keep the US military in business around the Straits of Malacca in order to ensure they do not fall under complete Chinese control, they add.

Chinese government sources, for their part, say they do not mind a US military presence in the region so long as peace and freedom of navigation is maintained. They also say that colonialism has deprived them of much of their traditional control of the Islands near China and that China wants to assert its historical rights so, clearly, there is still a lot of horse trading to be done in the South China Sea.

Meanwhile in South America the Khazarian mob is struggling desperately to seize control of Brazil, a former Nazi shelter. To this end, they sabotaged the plane of meritocracy advocate Roger Agnelli. Agnelli was head of Vale, the world’s largest iron ore company. He was also one of the Khazarian mob’s biggest enemies in the region, Pentagon sources say. Despite this, Brazil is not going to let the Khazarian destabilization campaign against their government succeed, multiple sources agree.
Also in South America, US President Barack Obama declassified files on the US government’s involvement in Argentina’s dirty war. These revelations were made in part to “help the Jesuit Pope [Francis] to retire since he was chummy with the [Jorge] Videla led junta,” CIA sources say.

So here we have the CIA partially confirming what Russian sources are saying and that is that Pope Francis is going to make some sort of big announcement and retire soon.

We are hoping the announcement will be of a jubilee (world debt write-off), asset redistribution and a massive campaign to end poverty and stop environmental destruction.

There are also a lot of people who want to hear disclosures about UFOs and off world life. The people at the P2 lodge, who sit above the Vatican, claim they have been in regular touch with off world entities for thousands of years. If so, then let us all have a chance to see them, hear about them and possibly even meet them.
We can also reveal here that the Chinese, through the Dragon families, also claim extra-terrestrial contact going back thousands of years. Perhaps they will also start telling the world public more on that subject.